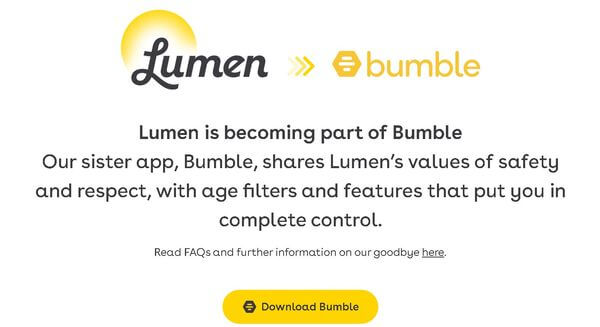 Lumen is the first ever dating app created specifically for seniors who are above the age of 50. It is an easy to use dating app specifically tailored for people of the older generation.
Lumen-50s is young in the app.

However, dating app users seemed to want more choices than the category of only 50 years old and over. As a result, it was disconnected from the people who were connected by Lumen, and they had to start over beginning with Bumble.

In conclusion, if you’re 50 years old and above, looking for a dating app that is easy to use and specifically towards your generation unlike other major dating apps such as Tinder, definitely download and try your luck with Lumen. Lumen is easy to use and most people know what they’re there for. Though, the dating pool might be limited if you live in a less populated area.

How To Use Lumen

1. Make an account.
2. Edit and complete your profile.
3. Engage conversation with people you are interested in. (Conversation log will be deleted in 7 days.)
4. Talk to each other and meet! 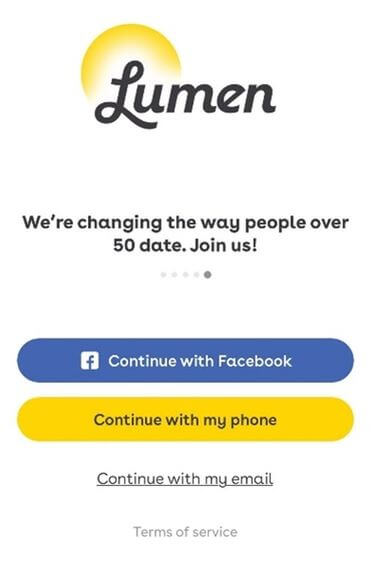 Next, answer basic questions of yourself which can be answered afterwards when you edit your profile.

After that, you can add up to 3 pictures of yourself. Then there will be a photo verification by using the phone camera. 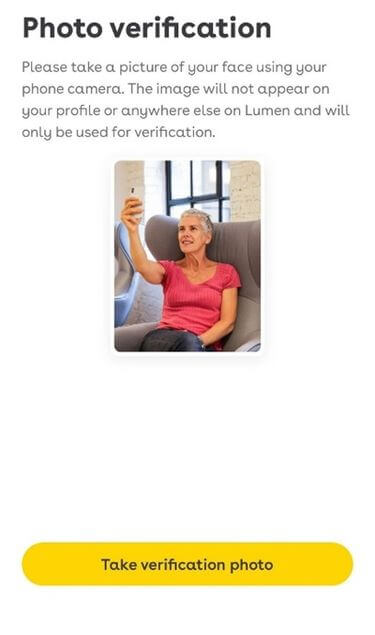 Users are able to fill in information about themselves. 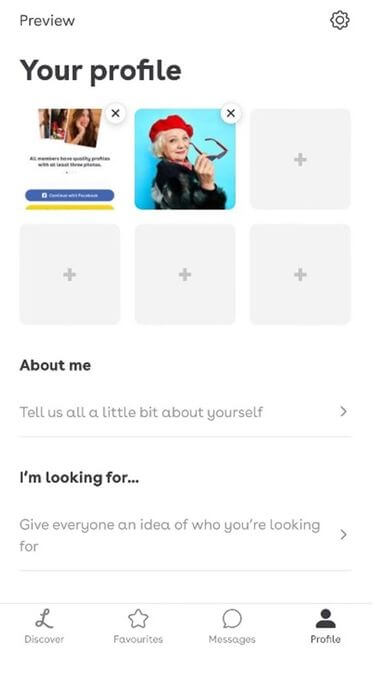 It is reccomended to write as much as possible about yourself in order to show other users that you are not a bot, and to attract conversations. 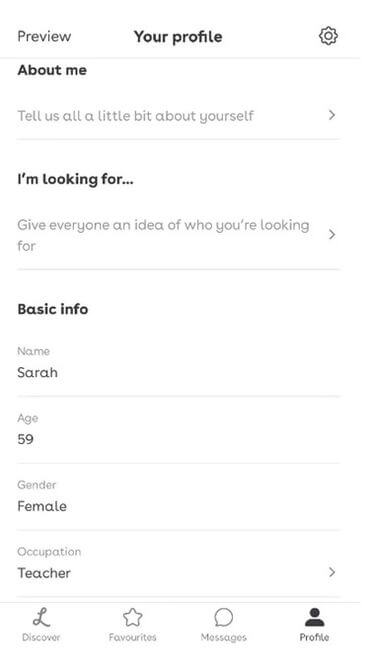 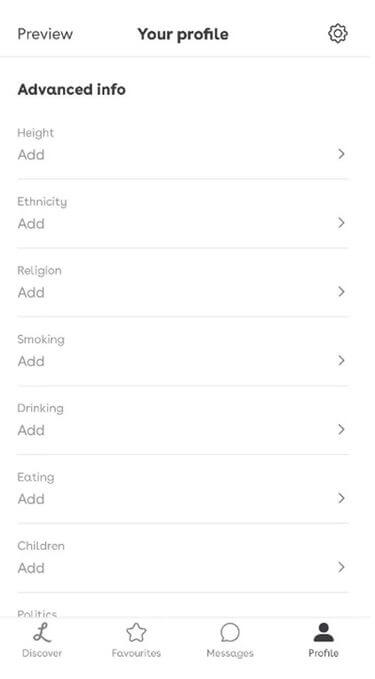 Users can initiate a conversation with people that they are interested in with the Chat button. Scroll down to see the complete profile. The ‘Next’ button allows users to view a new profile. 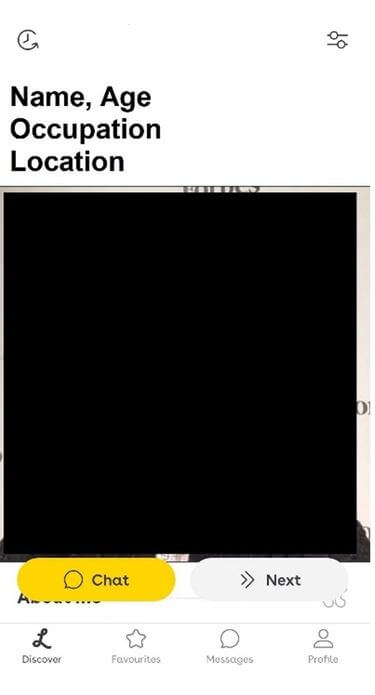 Users are able to view people who they have favourited and check on past messages.
(Note: Premium users can see who has liked their profile.)

Users are able to see whether their ‘Favourite’ user’s profile is online or not. 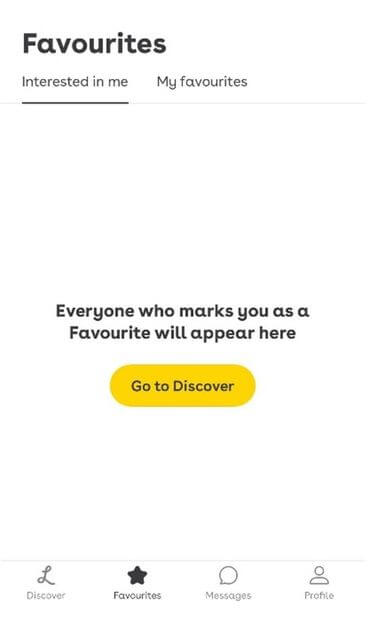 One thing to be aware of is that the app has access to your location when using the app and will update your current location automatically. 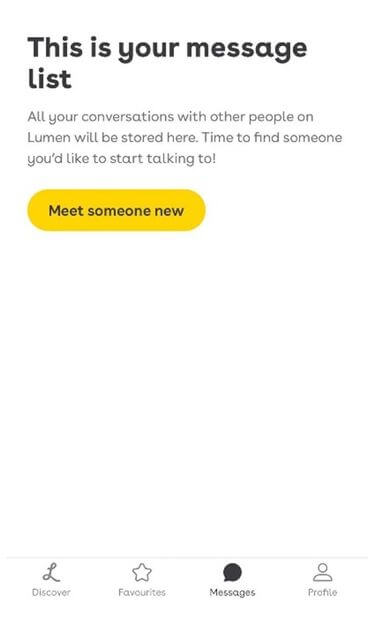 Free users have access to basic functions with some exceptions and limitations.

Lumen has around 350,000 users in England after the first 6 months of the app’s release. On the other hand, the app has recently launched in Ireland and Australia, claiming to attract 20,000 users for the latter country. (Source: Global Dating Insights)

Active users are less than 50k traffic by my original survey that entered the app of Lumen. Since Lumen has released 2018, it’s a still new app. 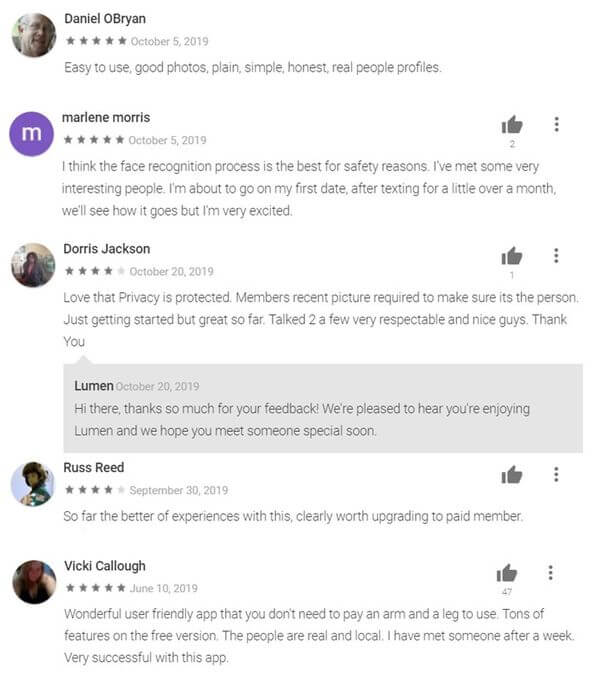 Based on user reviews, profiles displayed on Lumen are usually legitimate as a facial recognition system is used during profile registration. Therefore, there are lower risks of fake profiles or catfishes, allowing users to be in a safe environment. 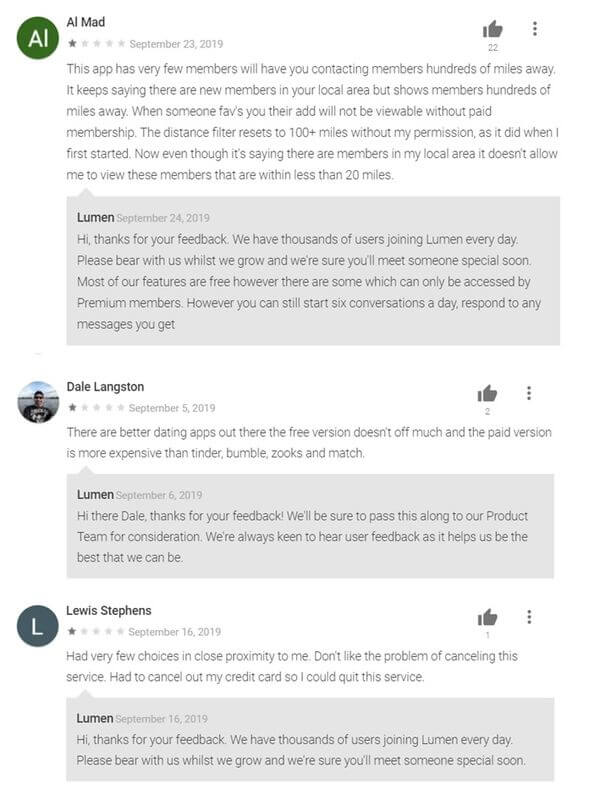 One of the biggest complaint that has been brought up by users is the issue with the location setting. Profiles being displayed on the app may be too long of a distance as there is a lack of limitation settings.


Lumen is dependent on the user’s geographical location, there may be less choices and profiles to choose from if the user lives in a less populated area.


One other thing to take note of is the higher pricing when it comes to the prices of premium membership options being offered in comparison to major dating apps such as Tinder, Bumble and et cetera. Besides that, even with premium membership, premium users still have limited privileges such as only having 12 conversations instead on 6 and a 1 day conversation extension advantage. 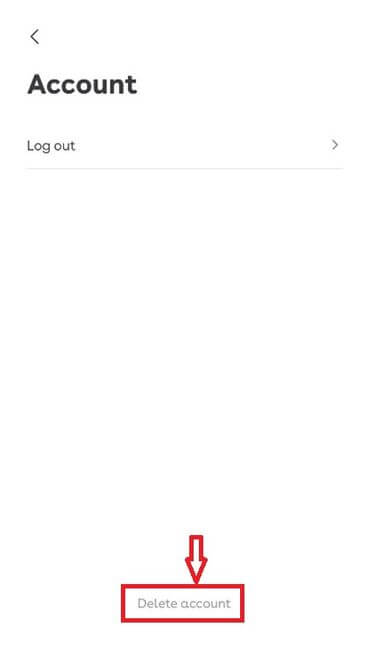