Is Tourbar a Safe App to Meet up New People? 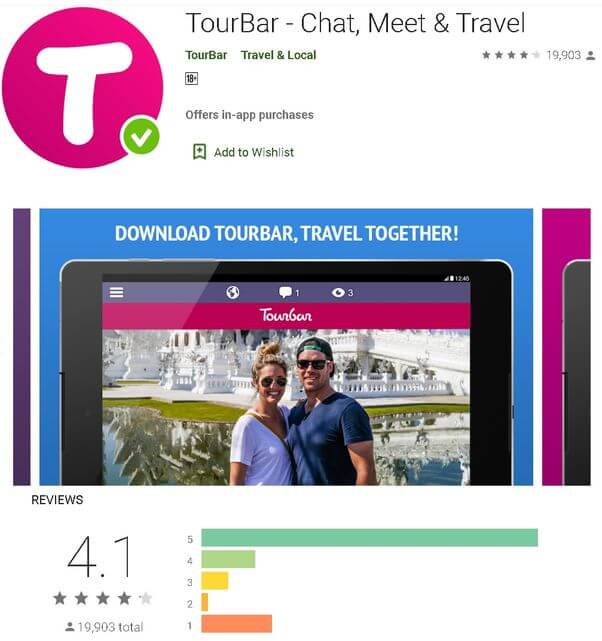 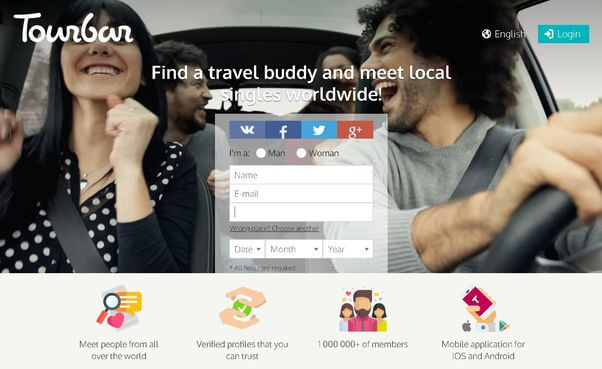 Tourbar is a niche meet-up app targeted towards solo travellers who are hoping to meet a travel buddy or travel partner during their adventure.

The app was created in 2013 and is currently based in London with approximately 1 Million registered users in 2016. Most of the registered users come from developing countries such as Turkey, India, Russia and Ukraine.

The app has been published in several articles being one of the recommended apps to use to find a travel buddy, with success meet-up stories published online. 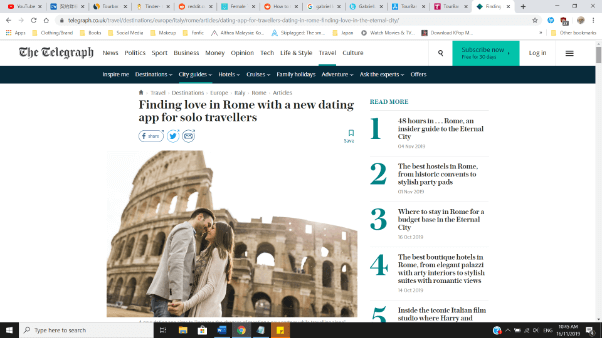 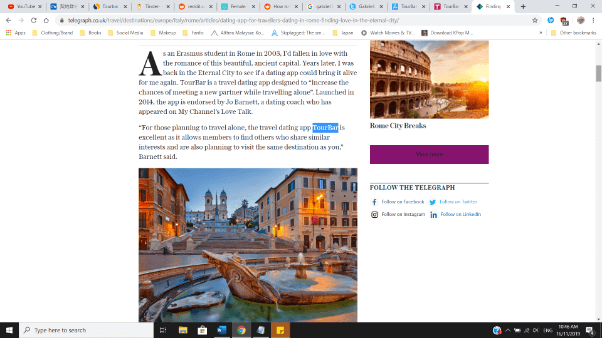 Tourbar is a geo-location app which tracks user’s location and displays in on the app, allowing users to have the chance to meet-up and chat with people in the same area as they are. Besides that, Tourbar also connects people with similar travel plans that they have for the future.

The functionality and features for Tourbar is relatively simple with no extra bells and whistles. Similar to most app, free users are only allowed to chat with each other once they have favourited each other, with limitation to chats per day. Whereas premium users have unrestricted access to app features with additional bonuses, such as making your profile incognito and filtering users based on preferences.

In theory, the app is set-up with same features as regular meet-up, dating apps with a targeted audience. Yet, after signing up for the app and reading user reviews, things seem too good to be true.

Observations made when first using Tourbar is that most of the users on Tourbar are male, and that users are mostly speaking Russian, Spanish or broken English.

This is mostly due to the fact that majority of users are from developing countries, which also raises a red flag.

Some users seems like unable to afford constant travel, together with the fact that premium membership. Tourbar is relatively expensive.
In fact, some users asked me how much I can afford if they’re going to travel together with me.

Thus, one of the few things that users should be careful of when using Tourbar and chatting with users, is to be aware of fake bots or scammers. Some scammers may be on Tourbar to scam money by asking you for travel favors such as, plane tickets or hotel bookings. 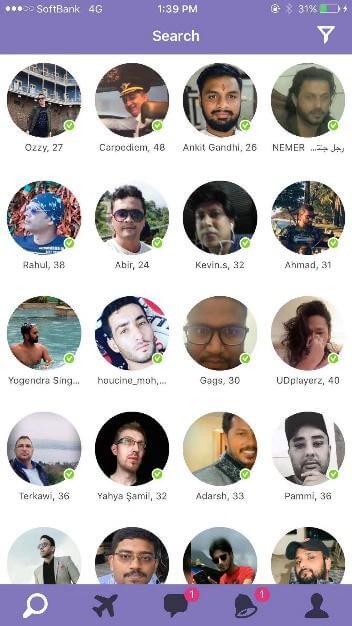 Even if it isn’t a scam, there may be issues in regards to communication as not every user on the app speaks English. But for those who are up for a challenge may enjoy the opportunity to meet someone from a different background. 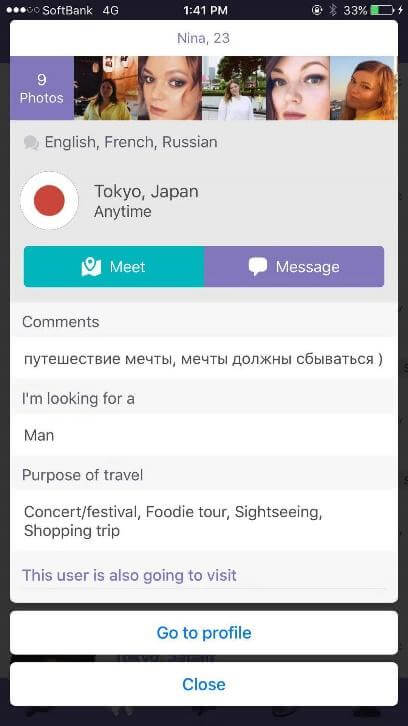 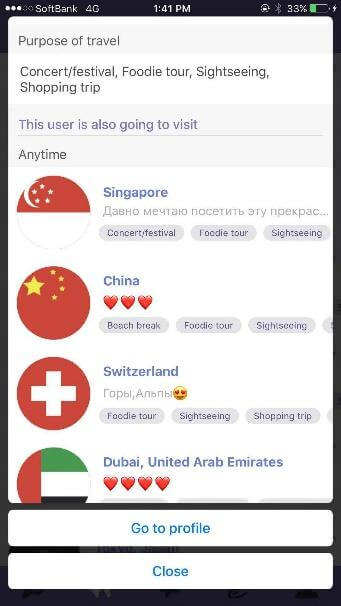 On the other hand, there is also an issue being faced by Tourbar. Albeit the app being marketed with the purpose of travelling in mind, some users have been seen creating fake plans for vacation, but with the actual purpose of wanting to find a partner instead of travelling. This may not be a good factor for people who are serious about travelling across the globe and having fun.

As written on the website’s guideline itself, users are not fully protected and are responsible of their own personal wellbeing as the website does not do full background checks of profiles and that they are not allowed to do so.

Tourbar does provide tools to verify legitimacy of users to a certain extent, such as Phone Verification, Photo Verification and Identity Verification. For example, there has been a user on twitter spreading awareness of a thief that has created an account on Tourbar. 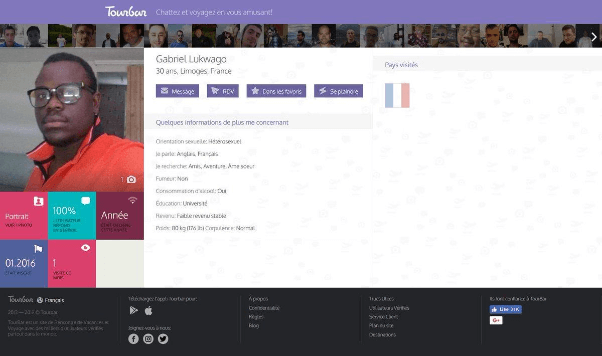 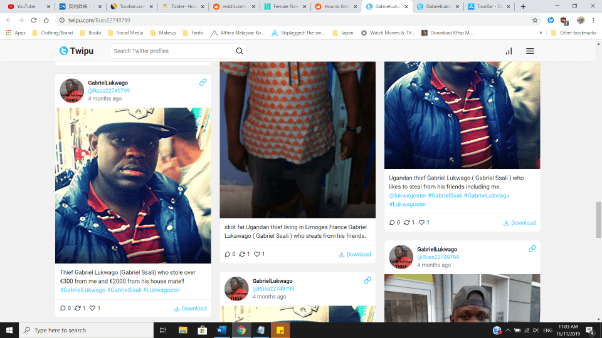 Therefore, it is recommended for users to background check users who they are talking to before making any further advancements. Undeniably, this is the same for every dating/meet-up apps, but Tourbar seems to be more prone to it.

How does Tourbar plan to solve this issue?

The customer support has not released any plans as to tightening the apps safety or regulations, therefore, the only effective solution as to now is for users to create a safe community for each other by reporting fake account and scammers.

One of the biggest things to be aware of after you make an account is to adjust your privacy settings. This is because your profile will be visible and searchable on search engines when you first sign-up. Users who want to remain hidden and only visible to a registered users should correct their settings. Users who want to remain completely incognito until they reach out to another user should upgrade to premium instead. 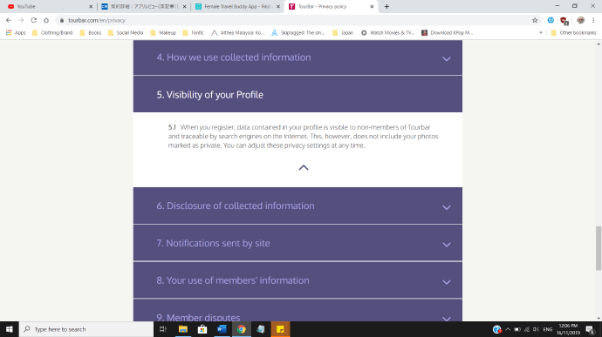 It is safe to say that user information will not be misused and is stored for the purpose of marketing analysis conducted by the company itself, and user details will not be sold to third-party companies. Thus, user’s privacy and information is well protected.

The community on Tourbar is heavily straight and there seems to be a very small to non-existent LGBTQ community on the app. A user has mentioned about this aspect of the app and customer support or the creators neither seem to be bothered to be inclusive. Therefore, Tourbar is not LGBTQ friendly. 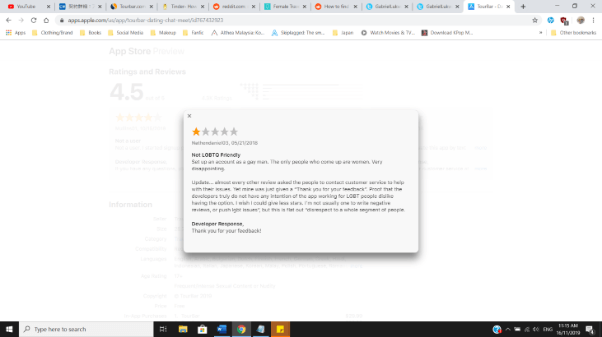 Should you use Tourbar? Verdict and other alternatives.

Tourbar may seem like a dream from afar, especially for solo travelers who were hoping to find company abroad, but when inspected up close, there are many flaws and aspects to be considered. Given the difficulty to find genuine connections on the site, Tourbar may not be worth your money. Users are recommended to try the app for free instead of immediately joining for a premium account.

There are still a lot of other meet-up apps for travelers, such as. 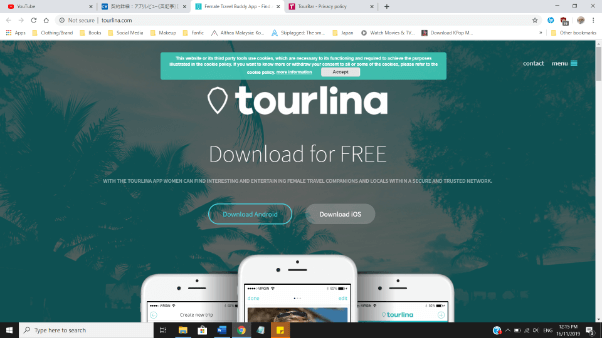 Tourlina app is solely for female users who are looking for a travel buddy, which may be a safer and more efficient app to use for women solo-travelers. 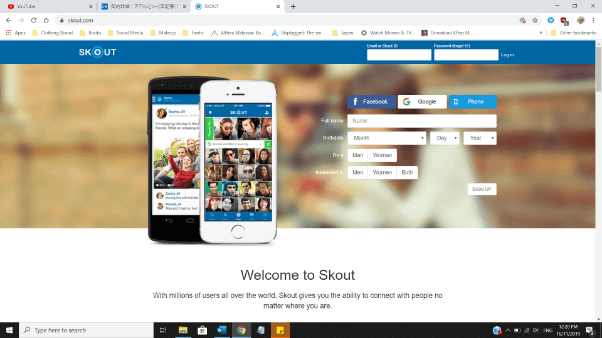 Albeit not being advertised as a travelling app, the app itself relies heavily on location syncing and allows users to find people close to their surroundings with the ‘Shake’ feature. Skout app has wide coverage across the globe, which is helpful for those travelling  the world.