Tinder- How to Reveal Fake Accounts

As you know that Tinder is a really famous matching app in the world.

It is surely said on the review sites that there are a lot of fake accounts and people who intend to make frauds on us.

There are on Tinder truly or be able to succeed in meeting?

I would specify the reality of Tinder as well as tips how you can meet successfully and thoroughly. 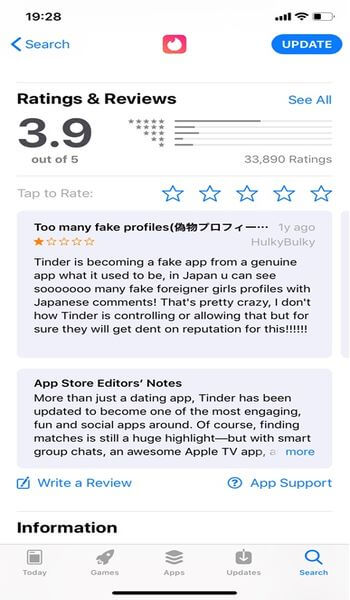 I have inspected into iTunes and Twitter.
Then, they indeed mentioned that there are some fake accounts and they actually have run across into the accounts on the app.

Basically, though most of people evaluate it good, some people are skeptical. As long as you realize that there are fake accounts even once while using the app, you should not use it utterly.

It could say that they underestimate the review on purpose due to they have not succeeded in meeting. That’s why it is imperative to have the doubt whether there are fake accounts or not in an objective perspective.

Based on this theory, it is too early to judge that fake accounts indeed exist. The system of Tinder also has some problems which are what you are ignored as long as you are boring against the opponents or send some uncomfortable massages or any stuff to women.
As I said “To women”, this problem is mostly for men.

Hey @Tinder i just wondering why my account suddenly YOU BANNED without any notification to me before IF I BREAK YOUR RULES, By the way, My account is premium service and ya, this reason i asking to you 🙂 thankyou.

First of all, we have to judge them from just pics and short introductions if he / she describes, which means we can’t judge them from personality as well as it causes the problem that I mentioned just a moment ago.

Though I declared that there are few accounts on it, there might be strange or weird guys. They also may cause problems make you invite to incomprehensible organizations. So selecting them and avoiding them correctly would help you make a progress to succeed in meeting.

Actually, all matching apps have each feature and and type. Even if you had not met anyone, it might not be your defect. It is owing to the mismatch between you and the app. On the other hand, as long as you are suitable for Tinder, you can meet many people much easier than using other apps.

To be honest, I also have met a lot of girls or women for real to have made the use of the app. In addition, Tinder has far more beauty or gorgeous women than other apps I deem.

How Come there are Strange People on Tinder 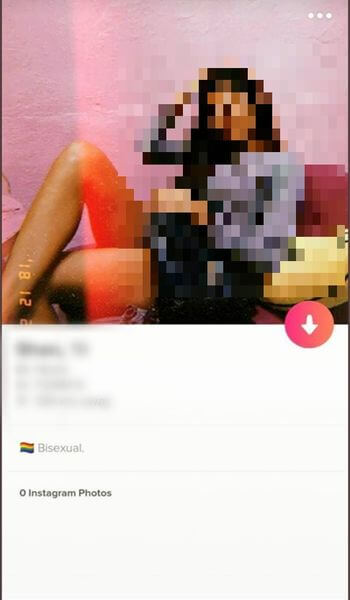 Although women who have registered for Tinder are high level, some people might have insecurity about there are indeed strange persons on the app relatively. In case you would like to get to know the reason why the strangers also could register for it too. 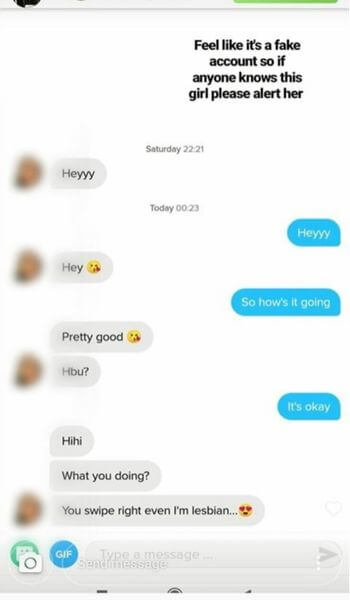 Though it doesn’t mean that Tinder is the easiest of all the matching apps in terms of the way to register for and some of the apps are as easy as Tinder is, Tinder is also easier too.

The Type of the Strange People on Tinder

It’s supposed to provoke us our curiosity of business and start-up business. The reality is the multi-level marketing.

It usually leads us to participate in their group or organizations to expand their fake or fraudulent business. Then, those who trying to enroll in the organizations will have to pay for the enrollment fee.

That’s expensive! I can’t afford it.

You can utilize the loan system. If you began this business right now, you are able to succeed in definitely!

This whole conversation exists and they would highly bring us to this conversation or atmosphere that I have to enroll in the organizations or join the meeting.

There are various contents being available by them, which are such as investment, weird supplements and high price cup board.

They force you to purchase it as well as sell it to your friends or the third person who are literally on Tinder or the other matching apps.

After a little conversation, she offered to meet me for real only if I opened the site and throw money to her site.

I had really wanted to meet her so I did. After I entered into the site, it requires my debit card number and its information. Eventually, I got scammed their information and stole my money in the bank.

As a result, I could take money back from her and the company which she belongs to though. That sent a chill down my spines.

They urge us to link to the other sites such as messenger, WhatsApp or Instagram in a sophisticated way. They send unknown URL to us.

Please register for it and make an account for you.
Just Ignore It.

How to Reveal these People 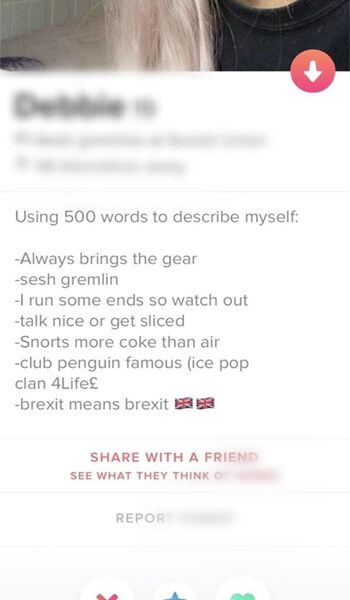 First, it’s simple. You can avoid its type to be cheated on simply. It’s the people who introduce themselves as bit*h or looking for friend with benefit on their profiles. Although you might think they are just looking for the relationship, they are basically hired by fraud organizations. You are deceived by them in a sexual way.

Second, if their selfishes were explicitly of models or actresses, you should be careful of what they are hired as making you pay attention to her and whether they are joining in the organizations already or not. Surely, there are a bunch of high level women on Tinder.

As long as you succeed in matching far higher level women than girls whom you have dated with so far….should be doubt it.

Third, these people who set traveling pics and luxurious stuff’s pics on their profile are also dangerous in a high rate. That’s a typical type when it comes to the strange people. They pretend to be rich and have advanced notion of a lot of things. In fact, most of people tend to be deceived by those who have critical thinking or innovative persons. The reason why they pretend to be rich is people usually think that there are a couple of tips to be able to be rich. These people make the use of this thought in order to be easy to persuade us to drag into the true purpose for them. That’s why they often pretend to be rich and a awesome manager which means these types are mostly influencers or successful persons.

Fourth, though especially this type of people are women, they write what I’m interested in investment or freelance on the profiles. They often emphasize on freedom and they push us out to get freedom such as “Would you like to earn much salary without working hard?” or “If you now decide to begin this business, you will be able to stand on your feet only with doing this business.

They tend to describe their information on their profile in a really detail and longer as well. If you matched this kind of people, I highly recommend you not to get involved in even initially.

Fifth, if you received messages from women soon after matching, that’s really skeptical. Also they tend to suggest exchanging our contacts each other soon.

They try to offer to go out or ask me out soon after you match her. In a sense, that’s a typical following. So if you run across into this kind of people, you should not to contact with her.

Last, if you felt that they try to approach you to lean business, you should be careful of that.

Also, they would try to consult about your job, life or relationships in order to persuade us to drag us to a business conversation.

I am doing the earn-able business. So would you like to join in our business?

I know a famous person. He is my friend.

If they said these phrases, you should not contact with them definitely.

Although some would think that their features are obvious so they think I can tell from them easily and I also thought so too, there are people who have actually been deceived and I also have been cheated on by them once too. That’s why I’m here to tell you the truth and warn you to be careful of these frauds.

There are some strange or weird persons. If you were good at dating with someone even for real, Tinder quite fits on you.
As long as you could tell strange persons from adequate persons, Tinder is safe and easier to succeed in meeting than other apps.