😉Would you agree to have a #videocall after such #Pickuplines?#SocialDistancingPickUpLines pic.twitter.com/eXJaLOWoKO

Even though there is a Hily Live Help feature on the app, when troubleshooting for an error or report, there are only manual guides to solve your issues.

If there is something urgent that you would want to contact the real customer support team, instead of a bot, it would be a better choice to email them instead.

This is a suspicious user that I found on Hily. First of all, the icon picture itself looks suspicious, and the profile was not filled out. 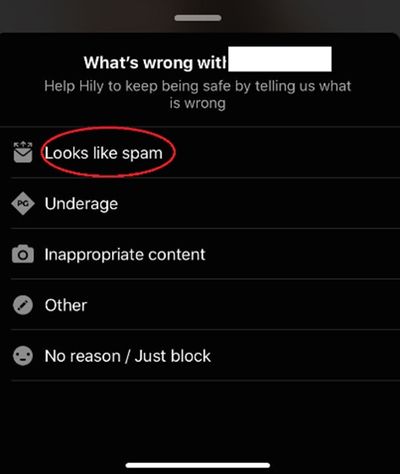 By using google image reverse, the account was clearly a fake account by using the image of a celebrity.
After reporting the fake account via app, the user was in my blocklist.
But, the user’s profile was not deleted from Hily. 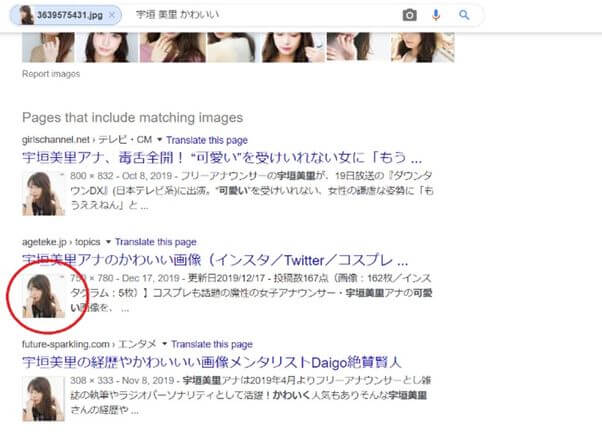 Besides that, when I was trying out the Stories function on Hily, I stumbled upon this suspicious account.

The user profile picture was a young girl, but on the story was a middle aged man. It was also unbelievable that the profile was verified on Facebook.
After the reporting this account, it did not appear on my blocklist. Therefore, I decided to email and contact the customer support to alert them of this issue. 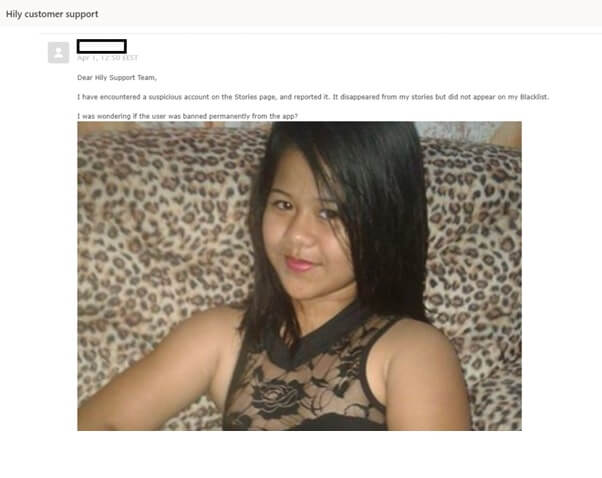 I sent an email reporting to the customer service to alert them of this suspicious account, which they were able to reply speedily in the span of 15 minutes. 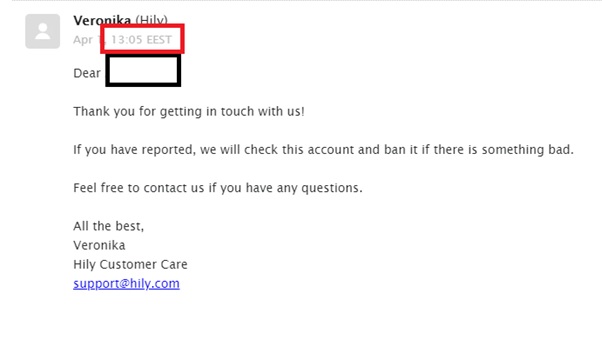 The customer support, had replied to me saying that they will undergo an investigation if this account was malicious. 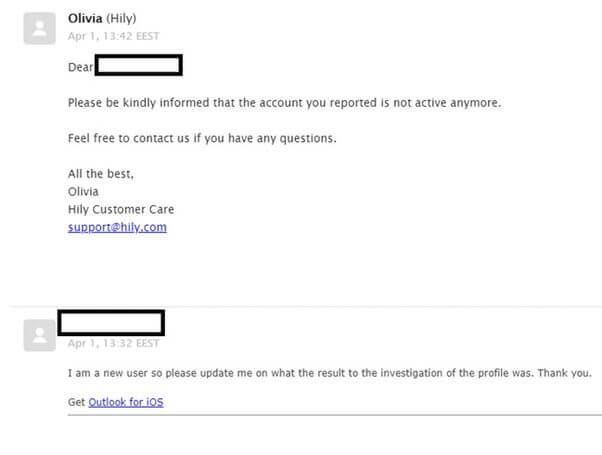 I had send them a follow up email asking if the reported account was still active. Which they had also replied speedily in 10 minutes that the account was deactivated.
The technology used by Hily, which is called the “Risk Score” system assess an user’s risk by monitoring their activity, profile, reports received and et cetera. Therefore, it may not be the most effective system to have a fake account banned instantly. Which has both its pros and cons.
Therefore, if there is an urgent complaint that you would want to file for, users are recommended to instantly contact the customer service via email or telephone number. The customer support gives speedy replies, but the algorithm and security on the app requires fixing.
Therefore, users should be aware that even with the help of fancy algorithms, there are still fake profiles and the risk of being scammed on Hily. The app still requires stricter moderating rather than overly relying on bots.

As #honestyday is coming, Hily aims to change its users' view on fake accounts with the new campaign called "Is This Profile Really Fake"
Myth №1️⃣ Don't rush into calling a profile fake if It Has Only One Pic! pic.twitter.com/NsShomzwNc

🤷🏻🤷🏼‍♀️Is This Profile Really Fake?2️⃣If a person in the picture seems to be too attractive it doesn’t mean this profile is fake! pic.twitter.com/gjp2Ta4z4l


939 Followers which is not as many, but I have followed since many varieties tweets as columns, and latest news. 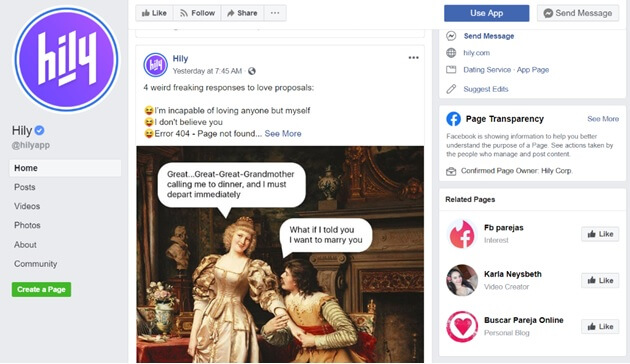 All the videos of Hilly are ad-intensive and don’t look like real users.