What exactly is Her?

Her is a geolocation social networking site, formerly known as Dattch which is an app for women looking for women. Since then, Her has rebranded from ‘lesbian dating app’ to ‘lesbian social app’, which allows users not only to be able to find their significant other, but also allows users to find people among their circle.

Since 2015, the start-up has slowly gained momentum and built itself up to be a successful lesbian social network site. In 2015, Her (formerly known as Dattch) was able to gain a $1Million investment. 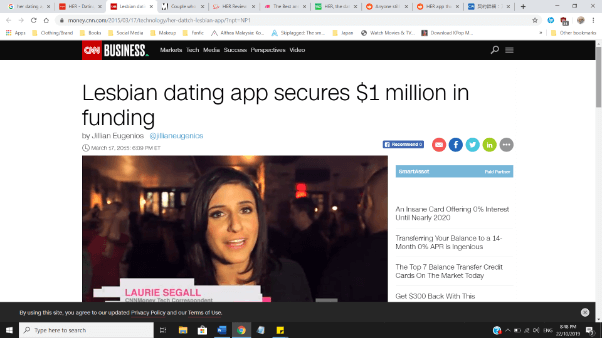 Does Her app work?

Albeit having said that Her can be buggy when it comes to certain app features, it is safe to say that the application is still worth downloading and using as there are new updates and features rolling out to improve user experience. 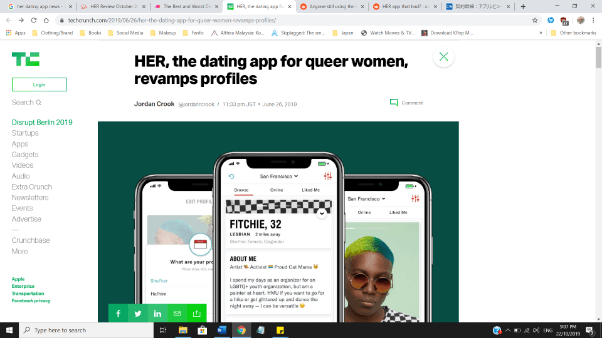 The app has been around since 2013 and has a sleek design with a relatively easy user interface such as the ‘swipe’ function similar large scale dating sites such as Tinder. What sets Her apart from other dating app is the concept of it being targeted solely towards the LGBTQ+ community and also add on functions that allows users to be up to date with their community.

On the other hand, there are certain backlashes faced by the company, mostly due to the buggy user interface, which the creator has addressed. The dissatisfaction from users is mainly due to the lack of man power in the small company. 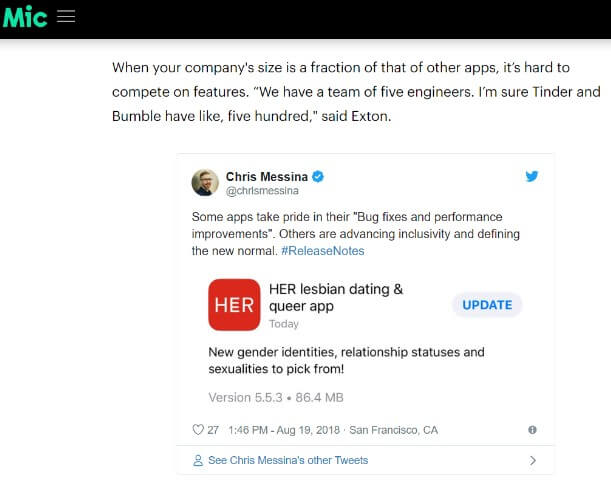 Even though there is a lack of manpower in the small company, users should not worry as the company staffs are highly responsive and helpful in regards to fixing troubleshoots or replying any concerns that you may have. 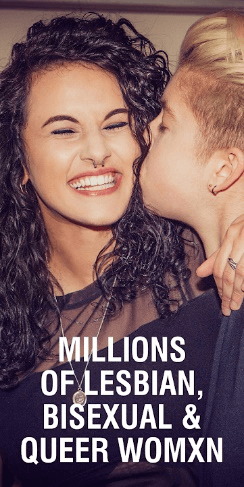 Even so, it is important to support the application and community in order to help the app grow and improve its user interface. Continuous support to dating apps for a targeted group helps to catalyse and open up the market for better and newly improved features and new dating app ventures for minorities.

Can you trust Her?

Yes. Her is a highly trustable app as, first of all, account sign up is used via Instagram or Facebook, which reduces the likelihood of a catfish. On the other hand, there are not many bad reviews in regards to large amounts of fake profiles in comparison to other dating apps.

'HER' founder on creating a lesbian dating app with community at its heart https://t.co/CEUwvVt74l (@HerSocialApp) pic.twitter.com/T0Z1EKuq9S

No, it will not. Her does not have the right to post on your Facebook or Instagram on behalf of you. But, if allowed, users can use photos from the social network sites on their profile, or connect and chat with their friends on this app.

With Her designed with LGBTQ+ people in mind, the community itself on the app is generally inclusive and accepting of others, regardless of gender identity or sexual preferences. After the revamp, even trans-men are allowed on the app, with only cis-men not allowed on Her.

Gender identities are displayed on profiles to be seen. Based on observation, there is a fairly equal distribution between gender identities, such as bi-curious, queer and et cetera.
Though it may be harder for Transgendered-Females to find a match on dating apps, there is a higher chance of finding success rate on Her, as the community may be much more understanding with a more narrow scope of like-minded people.

How is the dating pool?

The application itself is geared towards females who are interested in the same sex, thus Her is not available for straight males. But, there are two sides to a coin. After the rebranding from a ‘lesbian dating site’ to a ‘lesbian social app’ it may be harder for users to identify whether someone is interested in a relationship or not. On the bright side, users are not only able to find their significant other, but also able to find a community that they feel comfortable in with the built in ‘feed’ function. Her has expanded the app in order for a more inclusive and safe space for the LGBTQ+ community with constant new updates about the community for users.

One of the most common feedbacks given by users is that the success rate of finding someone is highly depended on your location. Some locations with a larger lesbian community may have more users to match with.

Aside from that, satisfied users of the app tend to always be able to find their current significant other from the app. These users are currently in a stable relationship with the girlfriends or have been engaged or married.

With that being said, the current user pool in Japan is more populated with foreigner users in comparison to native Japanese people. One of the main problem that users in Japan may face is the abundance of users with censored faces, or the lack of face pictures. (It is advised to click into a profile and swipe through their photos to check beforehand before swiping left on a profile.) Though it is quite understandable as to why because some users may want to have privacy and may not be out of the closet yet. 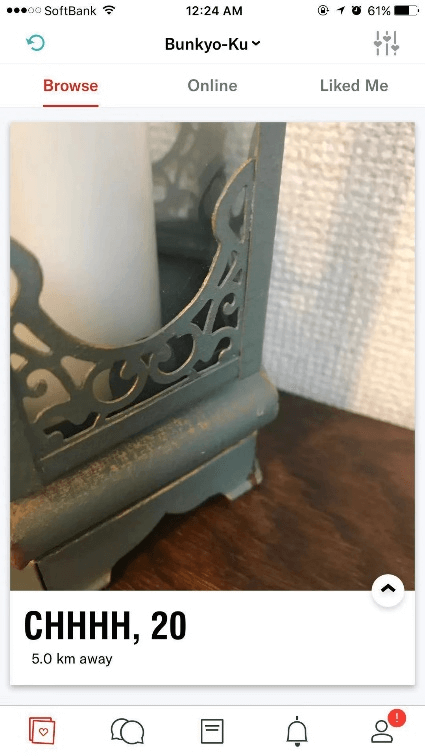 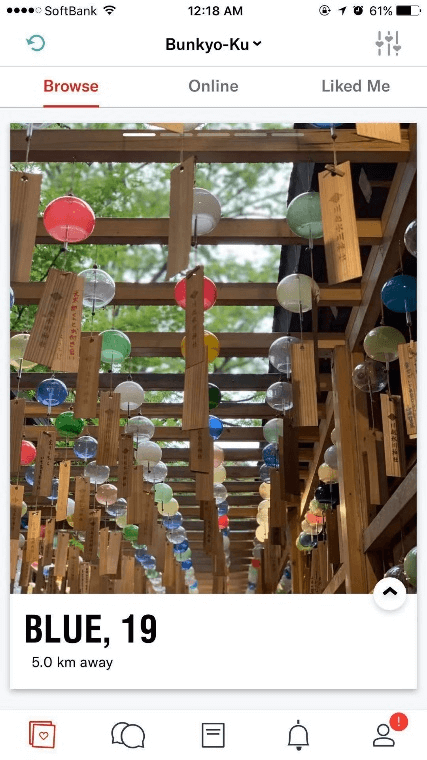 Should you use Her? Yes.

It can be clearly seen that Her is a strong candidate as a lesbian dating app albeit the fact that it has been rebranded into a social network app instead. This is due to the fact that there are not a lot of dating apps focused solely on lesbians or a targeted group of people.

Even if you’re not looking for a serious relationship, Her is still a good choice to partake in community activities or meet up with locals in the area for a simple friendship.